The ‘Baltic Friends Quartet’ is a collaboration project of two Lithuanian jazz musicians, who met by studying in Prince Claus Conservatory in Groningen in 2014.

Edgar Sabilo is a professional jazz piano player from Vilnius, Lithuania. Edgar started to study music at the age of 8 year’s old at Balys Dvarionas music school. Edgar then graduated from LMTA (Lithuanian Music and Theatre Academy) with a bachelor degree (prof. A. Anusauskas class). Edgar also graduated the Gnesin Academy in Moscow, Russia (prof. I. Bril class).
During his studies at LMTA, Edgar took the chance to use the Erasmus Program and study at the Groningen Prince Claus Conservatory as an exchange student. Currently Edgar is studying at LMTA for his master degree.
Edgar participates in many international competitions and has won laureats and Grand Prix prizes, such as “Muzika be sienu” Druskininkai 2005,”World of Jazz” Rostov na Donu 2014,”Jazz Improvizacija” Vilnius 2014. In addition to this Edgar participates with many musician from other countries in various international projects. Some of the places he has been involved in projects are Jaroslavl (Russia), Moscow (Russia), Lithuania and Groningen (The Netherlands).

Martin Majorov is a jazz guitarist, musician and composer based at the moment in Groningen, The Netherlands.
Martin started playing guitar at the age of 10 influenced by his parents and finished classical guitar school in Vilnius, Lithuania by the age of 18. The same year Martin started studying engineering in the VGTU in Vilnius, but made a choice on starting a music career and is currently in the middle of his studies in Prince Claus Conservatory, Groningen.
His main teachers at the moment are Frank Wingold, Joachim Schoenecker, Jonathan Kreisberg and Paul Bollenback.

Also Martin had a chance to study with great jazz players in resedency of the conservatory and by various masterclasses around The Netherlands, including Peter Bernstein, Lage Lund, Don Braden, Tim Armacost, Alex Sipiagin, Adam Nussbaum, David Berkman to name a few.
Martin is mostly influenced by modern guitar scene of New York and Europe, but also has a sense of traditional jazz and historical players.

Always in search for a great sound and feel. Musical backgrounds include classical guitar, fusion and jazz.

For this evening we going to be joined by one of the most swingin’ rhythm section of conservatory Ilias Karkavelias on Double Bass and Yongheng WU on drums and some special guest! 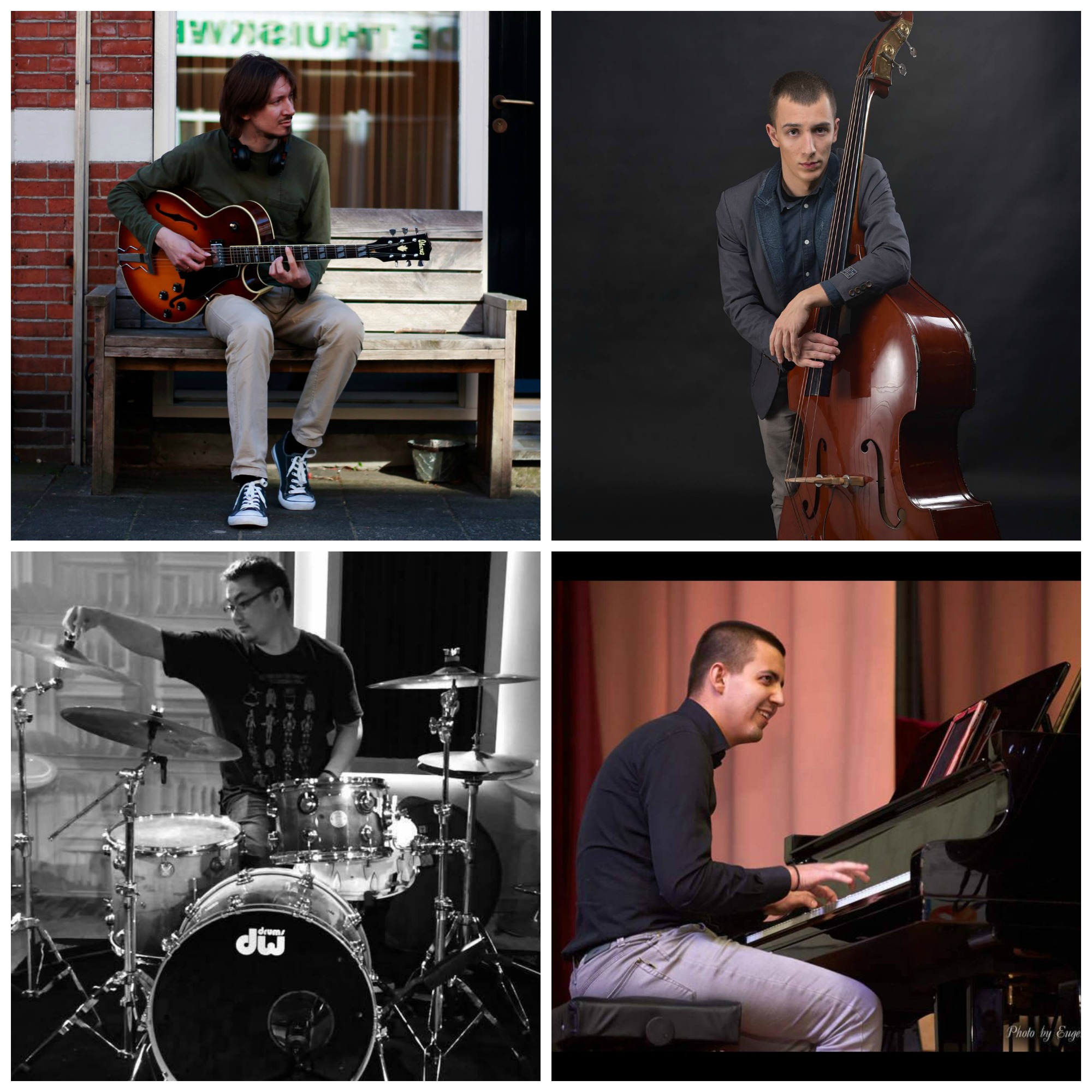 Check out our always up-to-date agenda to find out what's going on.